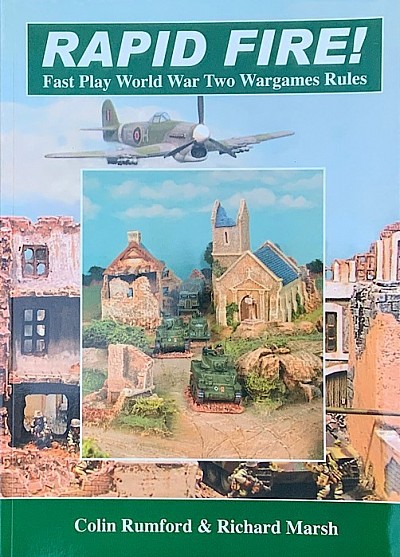 This is the cover of the second edition of the rules, released in 2005. It is a heavily illustrated fast play system for WWII, with 1 infantry figure representing 15 and 1 vehicle representing 5, so units are gathered into companies of infantry (typically 8 figures) and platoons of vehicles (typically 1 model).

This allows for a battalion of infantry, plus a few supports to grace the dining table. 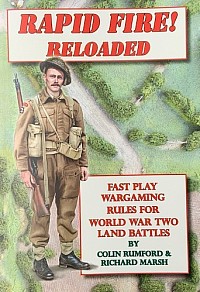 Recently a new version of the rules (Rapid Fire Reloaded) have been released in a short 16 page A4 soft back format.

They are a stream lined version of the second edition rules, but they are not as encompassing,  so I intend to use the newest edition, but to rely on the older addition for bolt on rules and for fuller explanations of the newer rules when needed. 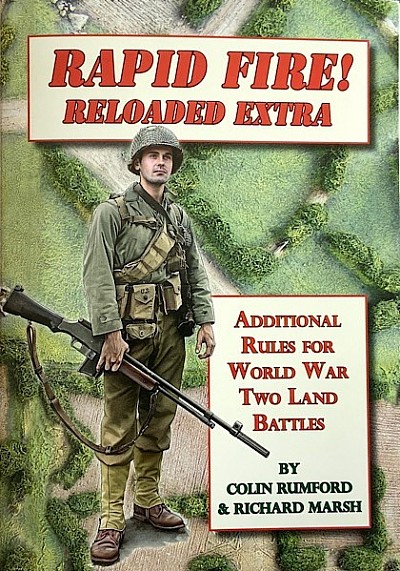 A couple of years ago, the new streamlined Rapid Fire rules were published, under the banner ’Rapid Fire Reloaded’. At just 16 pages, gamers found it handy to also refer to the old Version 2 of the rules for the extra areas that reloaded did not cover.

Now some of those rules have been collected together to give a ‘Reloaded Extra’ volume.

So overall, some nice stuff to dip into when trying to push to make a more interesting scenario an a bargain at £5. 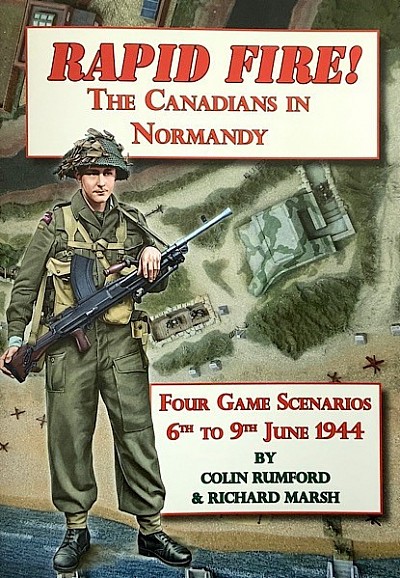 The new ‘Reloaded’ rules format is brought to the Canadian module, an A5 publication in 24 pages of rules for £7.

Interestingly they have been built around a 6’ x 4’ table because the authors feel that the currently popular game mats are produced in that size and of course handy for those of us with the more ‘standard’ sized gaming area.

Another nice thing is that as well as the schematic map, there is also a photograph of the properly laid out wargames table, which has been a nicely executed touch.

The four scenarios are; Juno Beach (landings) and 7th Infantry Brigade, The Push on Carpiquet Airfield, the Putot Counter-Attack and Bretteville l’Orgueilleuse.

The rear page gives the various vehicle stats for those referred to in the scenarios.

Overall, a nice resource to have.