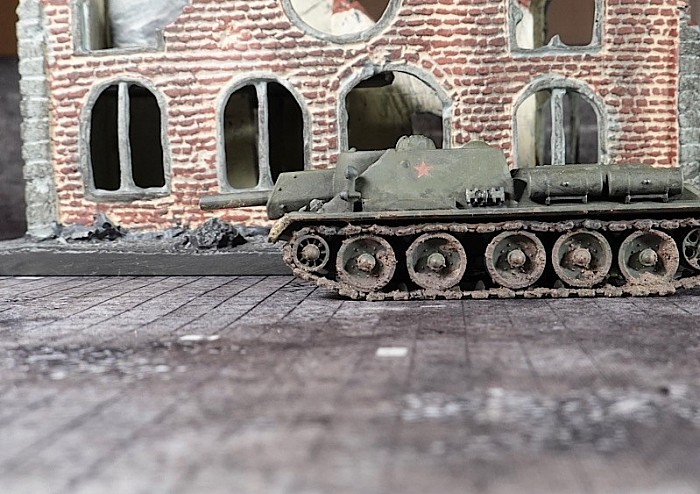 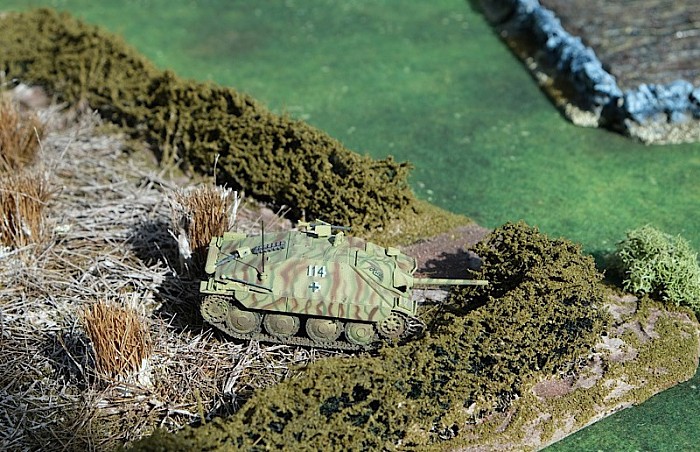 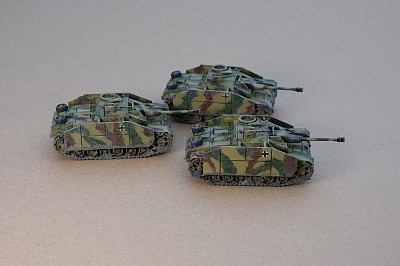 Nice kits. I have cut and bent one of the skirt panels back to show a bit of damage, other than that, these are ‘out of the box’. You don’t get decals with these sets and I can’t recall where I got these from, but they are just the ticket.

These have jumped the queue and all been painted at once to get some colour continuity in them and together with Panzer IV’s, they will form the core vehicles in the scenarios that I will likely be initially working with. 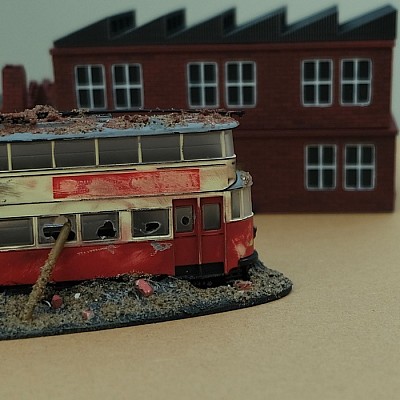 A knocked out tram

Looking for a bit of street furniture for a city fight scenario with 1/72 figures, I sourced an HO/OO scale die cast model tram and set about 'ruining it!

This has had the English worded advertisements rubbed out so that it can be used in multi -lingual settings, since my first set of pocket armies are being built around the mid war east front.

There is a post over on the blog that explains the various stages of the build. LINK 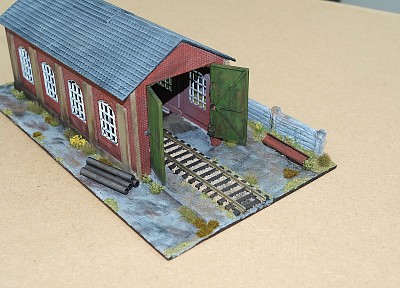 This has been built up as part of the developing plan to get a cityscape going.

It is a plastic kit from Nightwing and it is intended to line up with other track and likely form an objective. 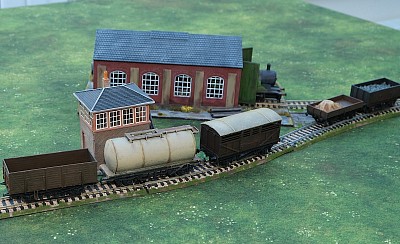 Having built the engine shed a few months ago, motivation came around again to get the rest of the rail terrain done.

There is a post over on the blog that gives build details. LINK 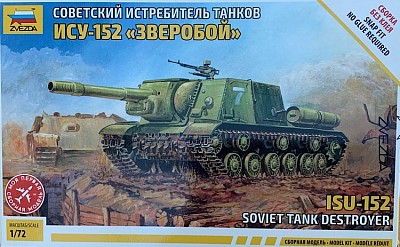 This 1/72 model of the SU 152 from Zvezda has 120 parts, but is also a  ‘no glue needed’, so not quite within the scope of the wargamers fast build sets, but probably easier than a typical modellers kit.

It also comes with I decals. I am impressed enough to have also ordered the JS II from the same series. 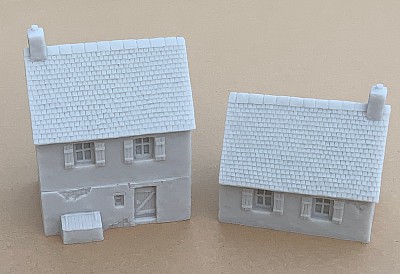 These are a pair of resin cottages from Battlescale.

As with their previous stuff I have bought, these are quality items that are without distortion or any signs of air bubbles.

They are perfect for the small table battlefield, having correctly sized windows and door in proportion to the figures, but a small footprint to help get the presence of a building without it awkwardly large, so a small hamlet would be an easy fit on the table.. 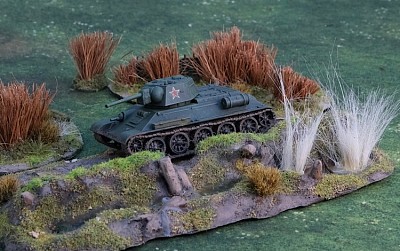 This is another ‘start from scratch’ Pocket Armies project, with mid war east front forces in 1/72 (20mm) being the initial point for army building.

There is enough stuff on hand to get some small forces underway, including some rather nice AB Soviets that have just come into the collection.

I am in two (or three!) minds about rules. I like the look and feel of the ‘O’ Group rules, but wonder whether 20mm and my smallish table are not the right mix for them, as they need a battalion plus supports per side.

Another choice is Rapid Fire. I have both the 2nd Edition rules and the latest ‘Reloaded’ version’. I could do with the choice being decided early as these rules have the figures based in pairs.

Finally my Tigers at Minsk rules are presently being converted from a hex format to the open table and these would play in my space at the company level, with units based in fours or five to represent a section.

So some thinking to do when the painting starts - this is planned as an early 2022 project. 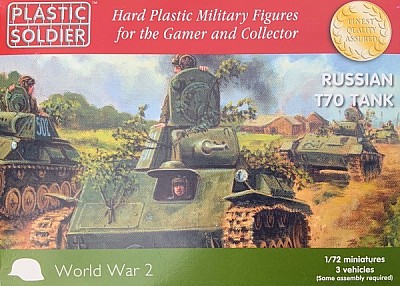 Building for a scenario

Part of the principle of Pocket Armies is to be able to play smaller battles while the collection builds. I have a force generator for a ladder campaign that I had been running in 10mm. I ran it to get a pair of starter forces for the 20mm project and this is what it gave;

This seems a pair of reasonably sized forces to put together for a near future game and to kick off the 1/72 (20mm) project and I can at least start priming figures and building the two tank kits ready for painting. The question of ‘which rules’ remains. 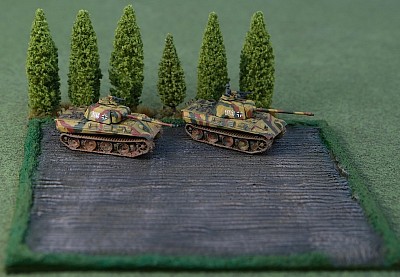 I have bought back into some 12mm (1/144 scale) vehicles to create a base WWII set for my ‘Pinboard Battles’ and it strikes me that this might be a useful scale for the ‘O’ Group rules by David Brown (Reisswitz Press).

I am not wedded to that thought or indeed these rules, as I prefer the visuals of the 1/72, but at least having the kit allows me to explore possibilities.

The vehicles are from Victrix and I have a pack of six Panthers and six Shermans. The field is a latex product from Timecast and the poplar trees are likewise from them.