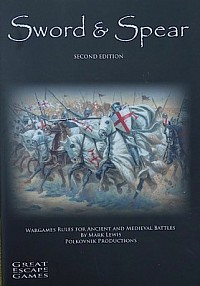 The rules are self contained, with a few lists in the book, but many more available online from Polkovnik Productions, also via the publisher’s webpage.

They have a unique system of dice draw to activate units, but then using the scores rolled on the drawn dice to determine what actions if any can be made.

The army lists now have a new home at LINK 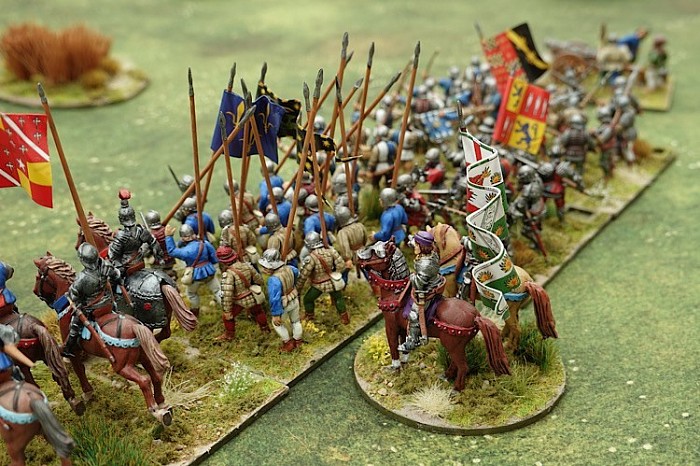 The latest development in the 1471 tales of Piggy Longton.

Played under the Sword & Spear rules (2nd edition). This game sees the threat to Lord Darcy come from an aggressor other than Lord Trebian.

Is Edward back in the country from exile?

This was a hard fought game in the lower fields of piggy Longton and with an interesting twist on the historical background.

There is a full write up over on the bog. LINK 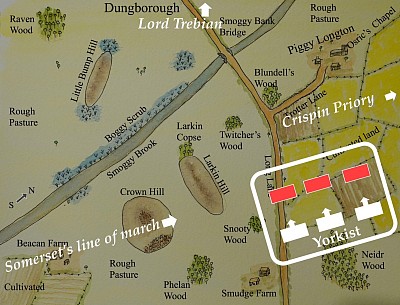 This was a ‘what if’ action that looked at the inactivity between Percy (Northumberland) and  Lord Stanley. In this scenario, the former attacks the latter.

So this is in effect 1 ‘ward’ against another, so something that equates to roughly a third of the armies engaged. Sword and Spear handles this sort of thing quite well because units quickly take on their own character, so that different things are going on along the line, even with relatively few bases in play and the game feels all the more interesting for that.

There is a full write up on the blog that has pictures, background fluff and a short AAR. This really gave a tight game …. Either side could have won! 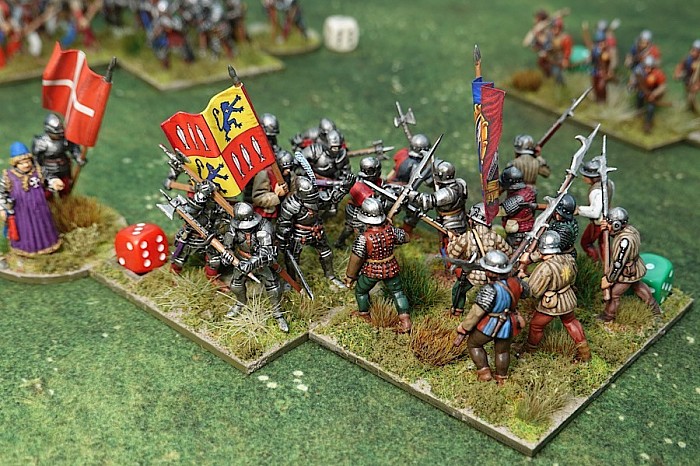 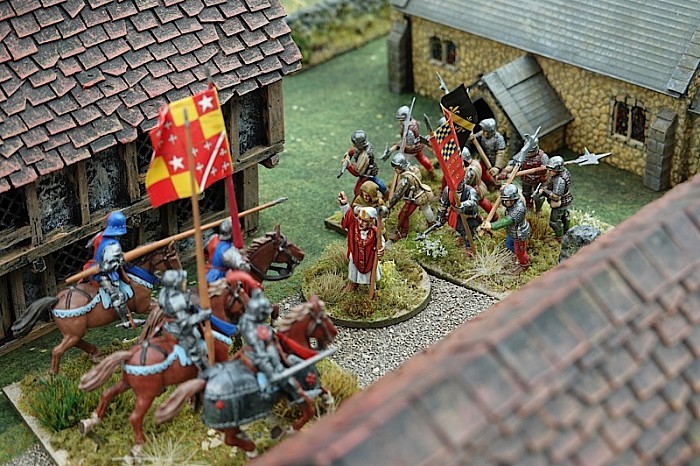 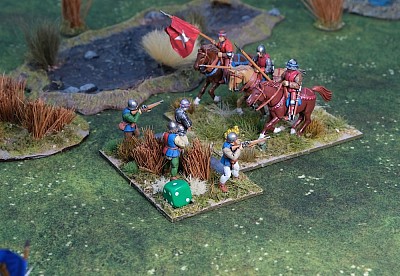 The Sword & Spear rules had another run out today for a 1471 Yorkist raid on a Lancastrian centre of administration.

Here some Lancastrian light cavalry push aside some handgunners and  manage to penetrate the Yorkist left flank. 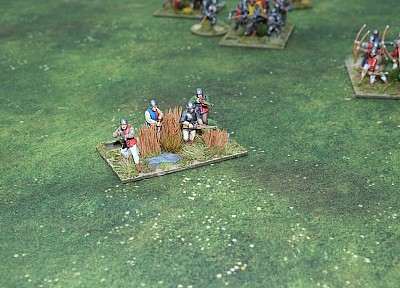 It has been a while, so a small game of 2nd Edition Sword & Spear went onto the table today to re-familiarise myself with the rules.

Each side had a single battle of 3 archers and 3 billmen with a mix of retinue and levy, to each flank they had a unit of either handgunners, artillery or crossbow.

On a points basis, both sides were pretty equal, but in the game it wasn’t long before the Lancastrians got the upper hand and Yorkist contingents started to rout from the field.

There were interesting moments on the flanks. On one Yorkist handgunners charged to contact against the Lancastrian artillery piece, while on the other flank, Lancastrian crossbow were particularly lethal, in the end removing two units from play.

With matched forces and no terrain, the outcome highlighted how ‘the system’ or dice alone, could, for no apparent reason, favour one side. Just a case of Lady Luck rather than better tactics.

Over the next few days, I will do a bigger game with a wider mix of forces and ratings to remind myself of the wider aspects and nuances of the rules.